Belly Up Aspen was opened by owner Michael Goldberg in January 2005, two years after his brother Steve acquired the original Belly Up in Solana Beach, CA. Continuing the tradition of a family run business, Michael now owns the club with two of his sons, David and Danny Goldberg.

Can I Transfer My Tickets?

We do not take ticket transfer requests over the phone but you can email your request to boxoffice@bellyupaspen.com.

# of Tickets to be Transferred

Name to Transfer to

What is your policy on ticket limits and ticket resale?

We impose ticket limits on all Belly Up performances. Typically, our limits are a 4-ticket limit for GA OR a 6-ticket limit for RESERVED per customer, credit card or email address. Orders exceeding these limits, or any tickets purchased for resale, may have a portion or all of their orders cancelled without notice. Limits for each show are listed on the show purchase page.

When does your box office open?

The box office is temporarily closed due to COVID-19.

Tickets are available online at www.bellyupaspen.com.

You can reach the Box Office for general information at (970) 544-9800 or by emailing ticketing@bellyupaspen.com.

Do you sell gift certificates?

Please check each show to verify age policy. We have ALL AGES, 18+ or 21+ shows.

A valid government issued photo ID is required for entry. For ALL AGES shows those under 18 must be with a parent or guardian who must remain on premise throughout the show. It is the responsibility of the parent or guardian to monitor and control the minors they accompany. We have a zero tolerance policy for underage drinking and illegal substances. If you are underage and caught drinking or using illegal substances, you will not be allowed to remain in the club and you will not be allowed back until you are 21. If you provide illegal substances to anyone or alcohol to someone under the legal age to consume, you will be turned over to the local authorities and attendance privileges to Belly Up will be revoked.

What Constitutes a "Valid Photo ID?"

I’m not from the United States… What if I don’t have a US Government Issued ID?

The surest way to prove you are of legal drinking age/meet specific age restrictions is to bring your passport . There are some foreign drivers licenses the law permits us to accept, however, entry cannot be guaranteed. Foreign Identification Cards will not be accepted.

How can I get tickets to Belly Up Aspen shows?

Tickets are always available online at www.bellyupaspen.com. Tickets can also be purchased at Belly Up box office and via phone during box office hours. Service fees are collected for phone orders and online transactions. Fees are waived at our box office. Please note that our high demand shows sell out quickly. We cannot guarantee that tickets will still be available when our box office opens.

Lost, torn, tampered or altered wristbands will not be honored.

The majority of our shows have DELAYED DELIVERY for DIGITIAL TICKETS. Digital Delivery tickets will be emailed to the address you provided typically within a week of the show, but may be as late as the day prior. This gives us the ability to monitor for purchases which may not adhere to our ticket policies. Orders exceeding ticket limits, or any tickets purchased for resale, may have a portion or all of their orders cancelled without notice. You will receive an individual email for each ticket purchased with your ticket attached. Each ticket must be readily available on your phone or printed and brought to the event.

What is seating like at the Belly Up Aspen?

Belly Up Aspen is a general admission venue with an 80-person seated reserved section. When a show is GA only the entire room is first-come, first-served. Most of our big shows have a GA ticket and a RESERVED ticket (which guarantees you a seat in the RES section). The reserved section consists of 11 tables (seating 4-6 people at each table) and railing seats on the second tier of the venue above the dance floor. There is also limited fixed seating that is available on a first-come, first-serve basis in GA. Please do not save seats in our General Admission section – make sure your entire party is present before finding a place to sit in GA.

Can I reserve a table?

FOR SHOWS WITH A RESERVED TICKET - purchasing a reserved ticket guarantees you a seat in our reserved section. Email ticketing@bellyupaspen.com for specific seating requests.

FOR SHOWS THAT DO NOT HAVE A RESERVED TICKET you can reserve a table by contacting our box office at 970-544-9800. There are a limited amount of tables IN OUR RESERVED SECTION available and reservations start at $250 food/beverage minimum during a GA show. Pricing may vary based upon the show. We do offer bottle service at these tables. Gratuity is not included in the table minimum. Table reservations are non-refundable. If you “no-show” we will charge the set minimum. TABLE MINIMUMS DO NOT INCLUDE THE PRICE OF A TICKET.

What time do doors open for a show?

We usually open doors 1 hour before the start of a show. Remember that’s a “usually,” not an “always.” Always check your ticket, our website, or call box office to confirm doors.

When do shows start?

Door and show times vary depending on the night’s line-up (how many opening acts there are, genre, what day of the week it is, etc.). Check our website calendar or your ticket face to find the time for a particular show.

How many people can the Belly Up Aspen hold?

Belly Up Aspen capacity is 450 for all shows unless it’s a seated show (325 capacity). GA shows have limited fixed seating available on a “first-come, first-served” basis.

Is the Belly Up Aspen handicapped accessible?

Yes, Belly Up Aspen is a handicapped accessible facility. If you need special assistance please contact box office in advance or contact Manager@bellyupaspen.com. Please be aware that there are a limited number of accessible seats at Belly Up Aspen. If you need special accommodations, the best practice is to contact the box office, purchase your tickets and submit your ADA request.

Can people smoke cigarettes in the Belly Up Aspen?

Belly Up Aspen is a smoke-free environment. We do allow those 21 and over to leave and re-enter the building to smoke. Please see our security for a stamp before exiting the venue to prevent any issues on re-entering. For those under 21, we are sorry, but for security reasons, we do not allow IN & OUT privileges.

Are there any special effects used?

Depending on the show the following effects may be used: strobes, confetti, lasers and/or cryo.

Are food and beverages available at the Belly Up Aspen?

Yes. Our kitchen offers sandwiches, burgers (all natural beef and the plant-based Beyond Burger) small plates and a variety of other bar food with vegetarian options available. Belly Up Aspen also has two full bars for your enjoyment.

*We have a zero tolerance policy for underage drinking and illegal substances and we will prosecute violators to the full extent of the law. So, if you are underage, enjoy your youth, the music and any number of non-alcoholic beverages.*

If you, or someone in your party finds themselves slightly impaired due to the consumption of alcohol, Belly Up Aspen participates in a free cab service called Tipsy Taxi. Just let a member of our staff know that you would like our assistance.

Is there an ATM located inside of the Belly Up Aspen?

Yes, there is an ATM. It is across from the main bar. When you enter the front doors, the ATM is located left along the wall, just after the coat check room.

Do you have a coat check?

Does the Belly Up Aspen allow audio and video taping? What about cameras?

What can’t you bring into the Belly Up Aspen?

We do not allow: weapons of any kind, illegal substances, mace, props, outside food or drinks, backpacks or other large bags. We want you to have an enjoyable evening. We take security very seriously. If you have any problems, please contact a member of our staff for assistance.

Belly Up Aspen, per the terms and conditions of purchase, does not offer refunds or exchanges. All sales are final. Belly Up Aspen is entitled to retain all fees collected for services that it performs in taking orders and delivering tickets, including shipping, handling and service charges. Please treat your tickets like cash. Any lost or stolen tickets will not be replaced.

All dates, times, locations and artists are subject to change. The venue and/or promoter may cancel an event or change the date at any time. A change in scheduled performers, date, time or location will not be considered a cancellation of the performance. If an event is cancelled or postponed, please contact the box office at 970-544-9800 or ticketing@bellyupaspen.com 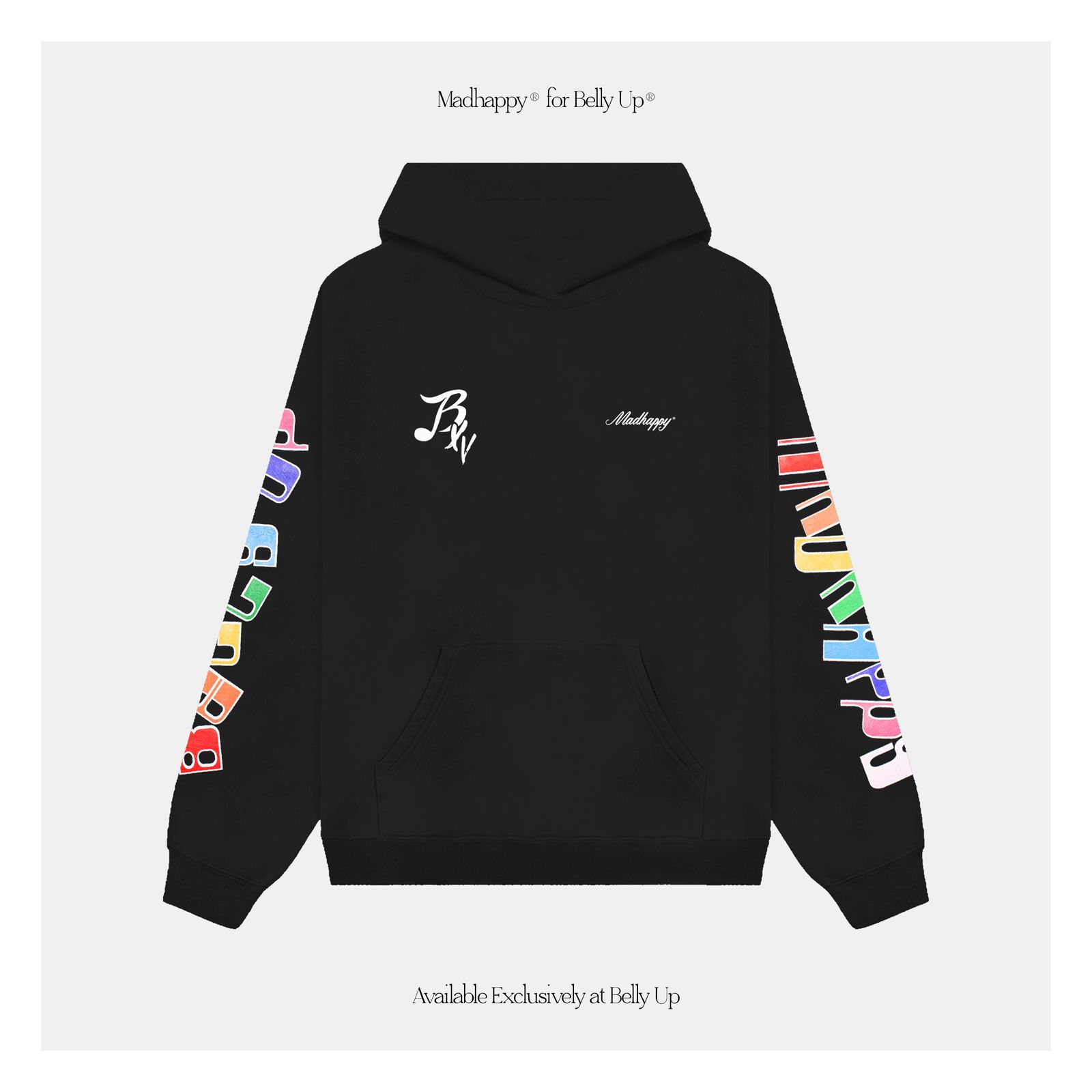 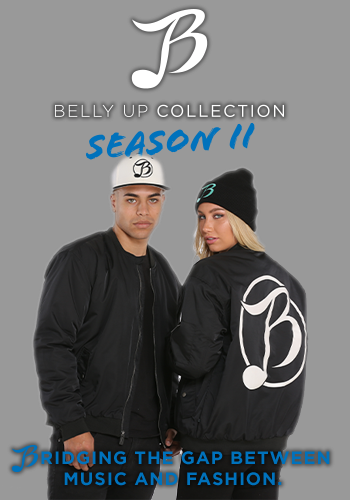 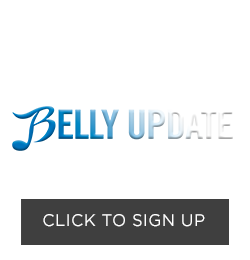 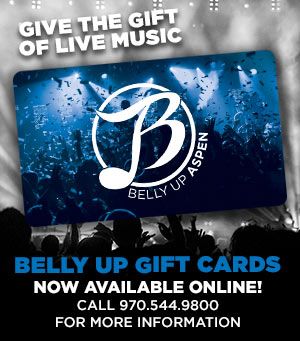